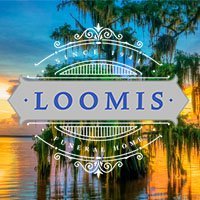 Following his wishes, Chuck will be cremated and interred in Apopka, Florida beside his wife.

Chuck was born June 11, 1952 in Salt Lake City, Utah. At a young age he enlisted in the United States Air Force where he served until receiving an Honorable discharge. He lived in various states before moving to Apopka, Florida where he lived for more than 40 years. He was a Waste Water Treatment Operator with Orange County Public Service for Orange County, Florida. Chuck was active in Boy Scouts for many years, serving as a Cub Master and a Scout Master for several years. In 2015 he retired to Hardridge Creek where he enjoyed fishing and spending time with friends. He had, at his home, a lumber mill where he would spend time wood working and helping anyone in the community in need of help. Chuck was of the Christian faith.

Chuck is survived by two sons and a daughter-in-law, Michael and Traci Wolfe of Dothan and Robert Due of Idaho; four grandchildren, Rhianna Due, Bret Due, Michael Wolfe, Jr. and Michaela Wolfe. He is also survived by his long-time four-legged companion, Rocky, who went everywhere Chuck went.

Want to get notified whenever we write about Loomis Funeral Home ?

Sign-up Next time we write about Loomis Funeral Home, we'll email you a link to the story. You may edit your settings or unsubscribe at any time.