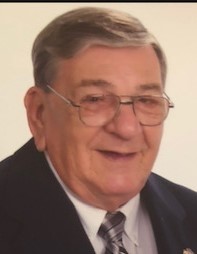 Robert was preceded in death by his parents Jerry and Ruth McDonald and brother James McDonald.

Robert is survived by his wife of 63 years Marlene (Rohn) McDonald, brothers Leland and Michael and sister Shirley Mangione.

Robert served honorably in the Air Force in the Korean War on an island near Okinawa as a radio mechanic. He received many medals for his service.

Robert was a member of the Knights of Columbus Highland IN, Holy Name Org., Holy Trinity Hungarian Church, East Chicago, IN. and Our Lady of Grace Highland IN.

At Robert’s request he is to be cremated and requested no visitation.