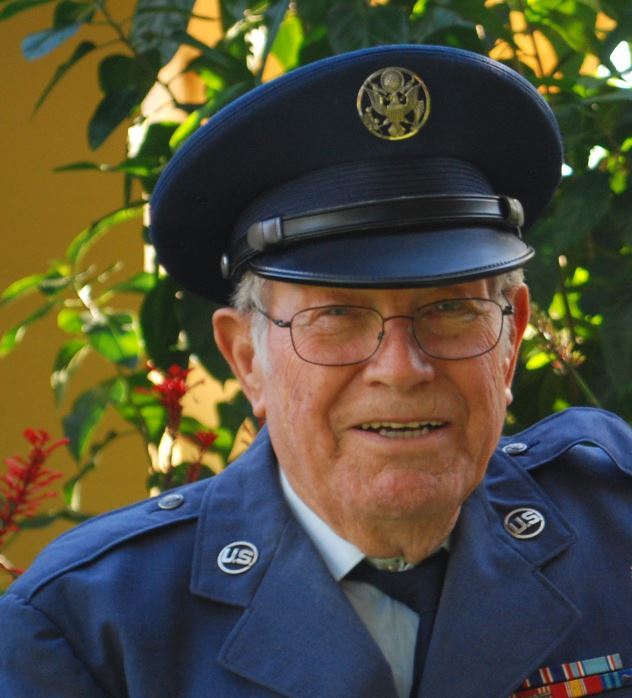 Thomas “Tom” Edward Black, USAF (retired) passed away on December 17, 2019.  Tom was born in Aliceville, AL.  In 1950, he hitch hiked from Carrolton, AL to Birmingham, AL and enlisted in the US Air Force. In 1954, Tom married Louisette Julliette Masardier in Doeles, France where they spoke fluent English and French. Tom’s career took him to various locations around the world, including Barksdale AFB in Bossier Parish, NW Louisiana; Dover AFB in Dover, Delaware; Minot AFB in Minot, North Dakota; Dreux AFB at Don Pierre Sur Bluvy, France, and numerous bases in Germany, Spain, and Libya. Tom retired as a MSGT after serving 22 years, 4 months and 4 days finally moving his family to Central Florida.  Tom continued to work as a self-employed business man with several dealerships throughout the Central Florida area as well as in the vehicle pool for Orlando Waste Management. He was a jack of all trades and could repair and weld anything. Tom always said, “if man made it, I can fix it.”