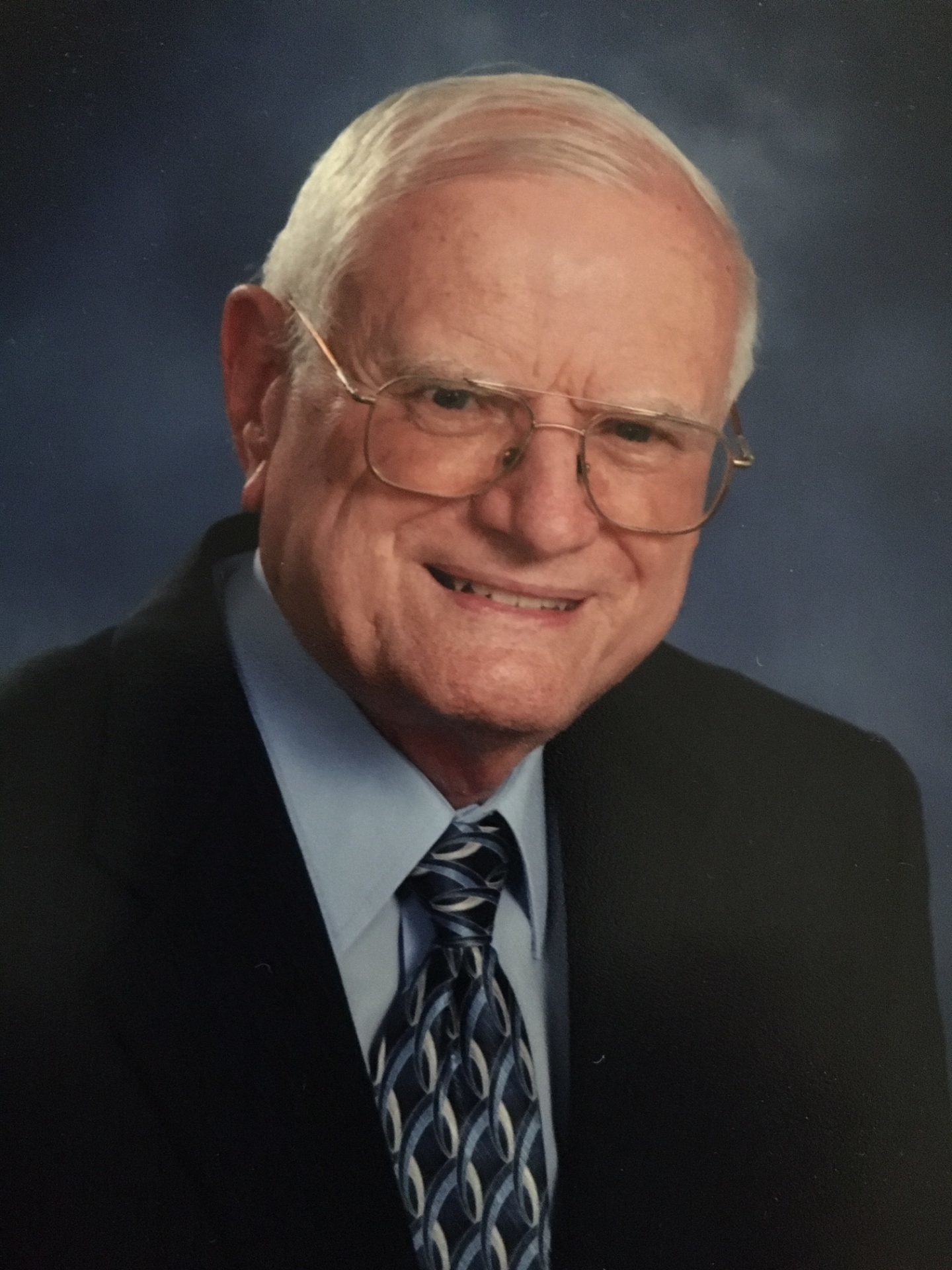 Raymond “Ray” Ordell Halverson (1934-2020) went home to be with Lord on January 22 at the age of 85 after a short but rough battle with cancer. The funeral service will be held at Trinity Evangelical Free Church, 890 Abrams Road, Eustis, FL on Tuesday, January 28 at 11:00am. It also be live streamed as well as available for viewing after the service is concluded. Ray was loved by many as a pastor, teacher, church deacon, friend, husband, father, grandfather, brother, uncle, son-in-law, and so much more. He was born in Gary, SD, the fourth of six children to Charles and Beatrice Halverson (née Hemmingson).

A devoted public servant, Ray began his professional career serving in the U.S. Army during the Korean Conflict. A graduate of Northern State Teachers College, he taught school in Loyola, SD, then went to work for Topeka (KS) Social Services.  Shortly, thereafter he took a federal service exam and went to work for the Social Security Administration (SSA) headquarters in Woodlawn, MD. When he moved to Baltimore, he met Creola Dean through a mutual church friend and they married on August 8, 1970. Ray and Creola were married for 34 years and had one son, Charles, who was the light of their lives. After transferring to the SSA field office in Harrisonburg, VA, he retired with 36 years of federal service. During his time at the SSA, he volunteered to teach sign language classes during his lunch hours and volunteered his time as an interpreter for the deaf in various venues.  He continued serving people in retirement as a tax preparer at H&R Block for many years.  Most important to him was his service to God in the various churches he attended.  Ray was a deacon, Sunday School teacher, and periodic youth group leader for more than 60 years. In 2003, the Pentecostal Churches, Inc. (VA) ordained him as a minister and installed him as the pastor of the Elkton Pentecostal Church where he served for four years.

While living in Harrisonburg, Ray lovingly cared for his mother-in-law, Ada Dean, through her elder years until her death in 2004. He then supported and later nursed Creola through her fights with breast cancer until her death on Christmas Day, 2004.

In 2008, he and his son, Charles, took a trip to Norway where Ray met his future wife, Junella Gustafson. They married the following summer and spent 10 wonderful years together.

Ray was preceded in death by: his parents; his first wife, Creola Dean Halverson; and two brothers, Verlin and Lloyd Halverson. He is survived by: his wife, Junella; son, Charles (wife Candace); grandchildren, Spencer and Cecelia; brother, Donald (wife Carol); sisters Mavis Halverson Hurley and Donna Halverson Dreesman (husband Willis); and 17 nieces and nephews. He is also survived by the members of Junella’s family who he was so happy to call his own: children Diane Hayes (husband Rodney), Paul Gustafson (wife Pamela), John Gustafson (wife Molly), and Robert (Bob) Gustafson (wife Jody); 12 grandchildren; and 14 great-grandchildren.

Ray had a heart for helping the hurting, so the family asks that in lieu of flowers, donations be made in his name to Samaritan’s Purse International Relief.