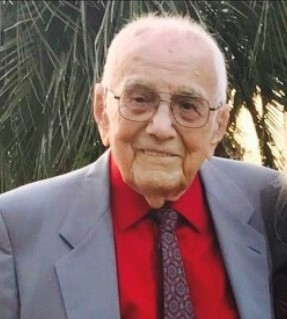 Robert (Bob) Nolan Webster, 94, of Apopka Florida passed away Wednesday January 29, 2020 at Hospice of the Comforter in Altamonte Springs. He was born on June 4, 1925 in Cleveland OH.

Before retirement Bob was a pilot for the United States Army. Before serving as Orange County Judge in Apopka FL, Bob owned Permashutter, a concrete business. He then later owned Delta Realty. Earlier in life his hobbies included midget car racing and riding speed boats and riding horses.  He also had a love for ball room dancing. In addition to his partner of 34 years, Lorraine Kuras, Bob is survived by his son Brett Webster and Tonia of Fort Pierce Florida and Dale Webster of Mount Dora Florida. Arrangements have been entrusted to Baldwin Brothers. There will be no visitation.