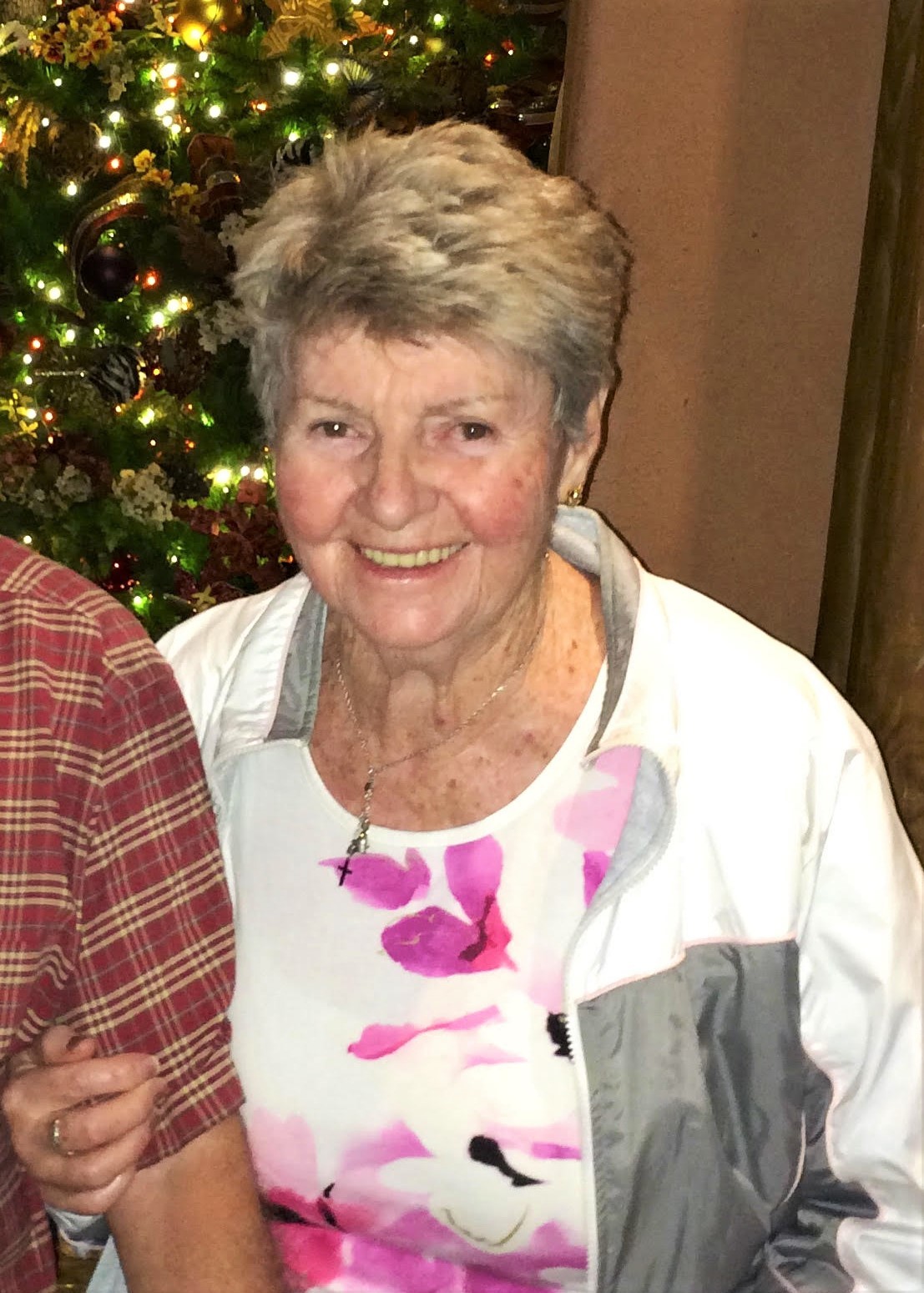 She was seventy-nine years old.  Mary was born in 1940 in Halifax, Nova Scotia to John Welsford Power and Dorothy (Foley) Power, she was one of nine children [Ted (d.), Jack (d.), Dot (d.), Bob (d.), Marge (d.), Mary (d.), Joy, Jean (d.), and Pat].  She met Ken Shear in 1964 and they were married on October 16, 1965.  She is survived by her husband and three children: Patti Berlin (Eric and grandchild Alexa), Bonnie Shear, Ken Shear III (Amy, and grandchildren, Matt, Nate, and Sarah).  Two sisters Joy Dekker (Burt), and Patricia Baubonis (Jim).  Heather Dean (Brian, and two children Skylah and Jett).  Mary lived in several places throughout her life including multiple cities in Canada, Buffalo NY and Danville IL.  She then moved to Summerfield FL in 2001, followed by some close friends and family.  Mary became involved with St. Mark’s Eucharistic ministry to the sick.  She enjoyed swimming, dancing, Mahjong, cards, dominos, and meeting many new forever friends.  In 2006, Mary and her sister Pat became US citizens.  Mary was a vibrant individual who touched many lives throughout her time here on Earth.  Always a good Samaritan, she had a warm heart and loved helping others.