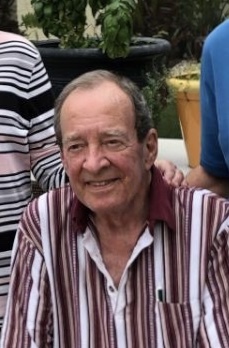 Warren F. Ellis, age 78, of The Villages, passed away peacefully, on February 12, 2020, surrounded by friends and family.

Born December 23, 1941, he was the son of the late Irene (Seippel) Ellis and Wendell N. Ellis.  After graduating from the University of Vermont, in 1963, he began a telephone career at Rochester Telephone, in Rochester, NY, that ended with his retirement as Director of Nynex, in Boston, MA, in 1990.  He is survived by; his wife, Phyllis Ellis; sons- Timothy (Patricia), W. Thomas (Maria), and Terry (Lori); stepdaughters- Melinda Philbrook and Jennifer Philbrook (Steven Vinezeano); grandchildren-Sam (Emma), Ryan, Clark, Jack, Emma, Courtney, Amy, and Roxanne; brothers-Dr. Henry Ellis (Jaime), Dr. P. Christopher Ellis (Diane) and sister Virginia Newton; and numerous nieces and nephews.  He was predeceased by a brother Wendell N. Ellis.  He is also survived by his loving cats, Cain and Miss Lilly.  Warren enjoyed rooting for his favorite Boston sports teams, and more than an occasional hotdog.